You are here: Home / What About Bob? 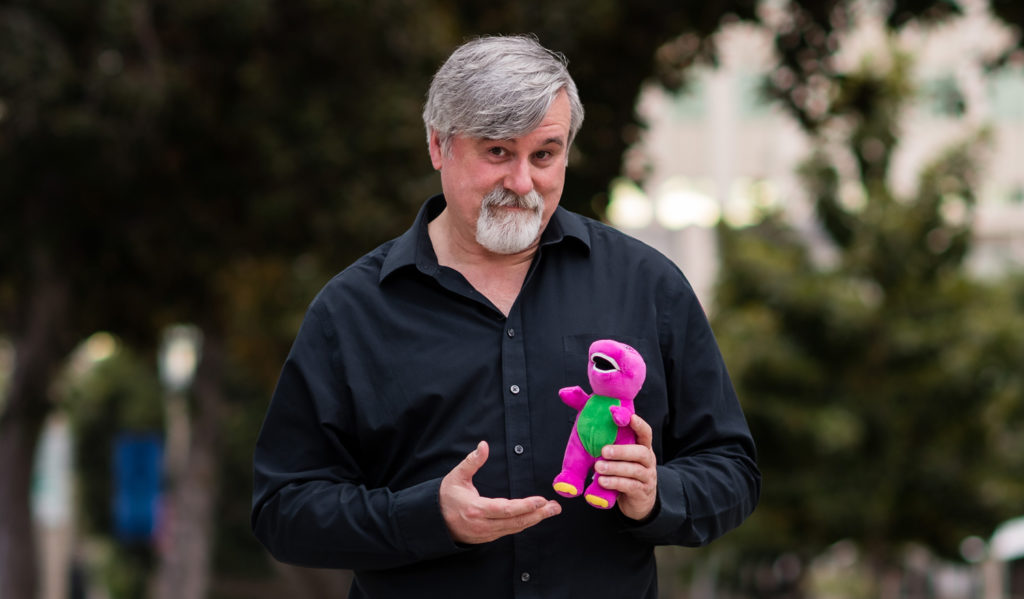 Bob West began his career in voice over with the world’s longest and craziest demo cassette in 1979. After graduating college with a degree in art, it took only five years for Bob to ditch his day job and devote all of his efforts to voice acting. 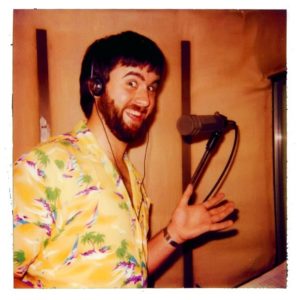 In 1987, Bob was cast as the voices of Jasper and Pasqually – two of the animatronic characters at Chuck E. Cheese’s Pizza. He spoke and sang as those crazy bots for ten years.

In 1988, one of Bob’s many auditions would lead to his casting as the voice of Barney the Dinosaur. The first three home videos for “Barney and the Backyard Gang” were a springboard for the PBS series, “Barney & Friends,” which went on to top ratings in its early-childhood demographic, even besting the venerable “Sesame Street.” Children – even tiny ones – responded to the Big Purple Guy as they’d never responded to anything before. 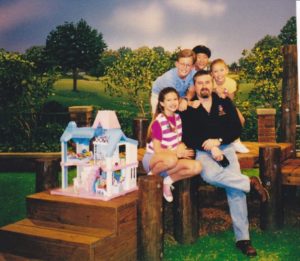 Since Barney began, more than 90 million videos have been sold around the world. The PBS series ran for 24 years in the US, and was seen – along with localized versions – in 100 countries and more than 280 territories, with some countries still airing the program. Millions of kids have learned about imagination, love and acceptance from a plush purple dinosaur that comes to life on their television screens, and Bob is honored to have been a part of that.

Bob’s career also includes work as a creative director and writer, and as producer and director for radio and television commercials.

Bob’s current focus is on graphic design for feature films and network television. Clients include features like “Be Cool,” “Black Dynamite,” “Jurassic Park III,” and Jon Favreau’s “Chef.” Television clients have included Buffy spinoff “Angel,” NBC’s “CHUCK,” and ABC series like “the muppets,” the breakthrough “Speechless” and – most recently – the comedy “Single Parents.”

On August 28, 2018, Bob and Barney celebrated the 30th anniversary of those first home videos with a post to his fan page. That post reached more than 100,000 Facebook users during a new wave of nostalgia for the Big Purple Guy.

In 2019, Bob began appearing at pop culture conventions, signing autographs, taking photos, speaking on panels, and having a blast meeting fans of Barney, Jasper and Pasqually.

And with those who were little Barney fans now having kids of their own and passing down the Barney tradition, who knows where Barney and Bob will go next!